How is independent small business thriving in Urmston? 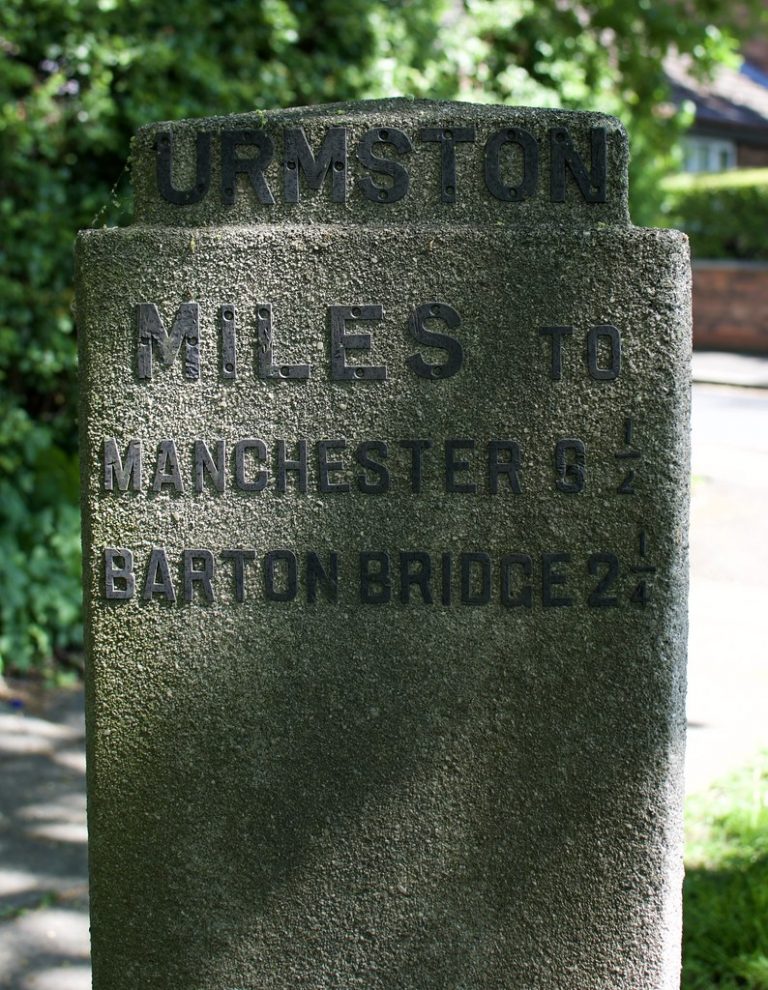 A night out out in Urmston!

Last weekend,  Mr. McGrath and I enjoyed a brilliant evening out sampling the delights of Urmston. This might not seem something to shout about unless you are also a parent of primary-aged children. Thank you to Nana, we were “out out!”

What a fantastic evening it was! Urmston high street is flourishing with independent bars and restaurants, all on our doorstep.  No taxis, just a pleasant early summer evening stroll along Flixton Road and then a pit stop at The Prairie Schooner for a cheeky snifter, before a meal at the recently opened Miluno. Great atmosphere, lovely friendly staff, tasty food and very reasonably priced. We even bumped into friends we haven’t seen for ages. These friends are enjoying the fruits of their labours, having already raised their brood to an age where you can escape for a night out at will!

Urmston independents are on the rise!

Urmston is alive with independent businesses and the locals seem to like it. The Three Barrels, The Prairie Schooner, The Steamhouse, The Barking Dog and Brew Chimp all cater to your thirst and with Miluno, Mamma Marias, San Giovanni’s, Station Bar and Grill, Get Chucked and Italian Job, Theru Kadai, The Deccan, Adrak, Santorini and our personal long time favourite, La Torre, you are not stuck for choices of where to eat.

As we walked home, we passed the latest addition, “The Cheese Court”. Having recently decided to commit to losing the baby weight ( my youngest is 7 years old!), this is a temptation I will struggle to ignore. A recent Facebook post announcing that they also offer homemade bread to accompany their delicious variety of cheeses is far too enticing. I will be popping in!

Small business looks to be flourishing in Urmston.

Cafes and independent retailers are flourishing too. More temptation lies in Lily’s at Eden and Kin all offering homemade lunches, afternoon teas and brunches. Check out some of the cakes on the Kin Facebook or Instagram. They are something else!

Freds is a women’s fashion shop offering up-to-date designs at great prices and across the road is What’s The Catch. A rarity today; an independent fishmonger. Business seems to be thriving thanks to its exuberant owner and Facebook marketing master, Hayley.

Having enjoyed our evening so much, I was feeling very proud of Urmston and pondering the rise of these independent businesses. The ” Chorlton or Didsbury effect” has certainly taken over here and I think we are very fortunate to see the high street alive with a variety of bars, restaurants, and independent retailers.

When I moved to Manchester in 2000, having met my Urmston man at The Garrick pub, the town centre offered a Blockbuster video shop, a Somerfield and I think Yates’s and Kingspot might have been hanging on in there. There was concern over the recent arrival in 1998 of the Trafford Centre, which was threatening to kill off the high street trade. Indeed for my first few years as an Urmston resident, this did look to be the case.

So what has changed?

Small businesses and independent traders are a key target market for McGrath Web Design. I love the individuality of each project I encounter and especially the story behind these brave entrepreneurs. Having left the security of secondary school teaching to launch my own business, I am always curious about other people’s paths to “going it alone”.

The Retail Gazette found that, “According to data from online retailer OnBuy, which analysed where chain stores have declined in comparison to areas independent stores opened, the North West, West Midlands and Scotland had the highest rate of independent store openings in UK in 2017 – with 230, 194 and 114 independent openings respectively.”

The article quotes OnBuy managing director Cas Paton as saying, “Keen businessmen and women have their eye on vacant spaces across the country and we must support our local independents, bricks-and-mortar businesses. It’s the only way for retail to survive.”

An article in the Manchester Evening News, recently declared that Urmston had, ” Top schools and an indie vibe.”

What is Indie Urmston ?

The demographic of Urmston suggests that the average age is 41 and the area’s reputation for great schools, means this town is very much a family favourite.  Monthly events like the Urmston Artisan Market, which, as in the case of Kelder, often forms the starting point for these businesses; as well as community events like the Flixton Festival, feed into this ever-growing community pride.  People who live here are proud of their area and happy to support new ventures. Those businesses clever enough to spot their gap in the market are welcomed with open arms. Independents now have a champion in the shape of Indie Urmston which promotes their late night opening times every 3rd Thursday of the month.

I contacted many of the independent business this week to ask what they considered to be the secret to their success.

Rose and Bumble is a gorgeous, family run gift shop, “filled to the brim with lovely things.”  It’s began life on Urmston market in 2013.  Its proud owner, Caroline commented that, ”  it’s the wonderful supportive folks of Urmston that have kept me going these last years, I was able to move from the market to a teeny shop in 2015 and then to a bigger shop in 2016. I love being part of the independent group of shops in Urmston and with the recently set up group Urmston Indies I hope we will go from strength to strength.”

” The lady in the shop was lovely and so helpful, full of advice and ideas to help me find the perfect present and was so lovely to speak to you! There is so much variety of items in the shop I could spend all day looking around!”

David at Brew Chimp commented, ” The day Brew Chimp opened the bar no longer belonged to me. It is now in the hands of the Urmston community to meet their friends and neighbours and like all small businesses our destiny is governed by the community which is the old adage “use it or lose it.”

“This bar has a great atmosphere and is very welcoming. A regularly varied craft beer selection and loads of different events throughout the week mean you’re always in for a treat when you walk in! ”

Proud to be an Urmstonite

I think this might well define the reason behind the support for these new business. There is a very strong Urmston identity. Having grown up in a tiny village of roughly 900 people in Somerset, I am often amazed at the apparent “two degrees of separation” of Urmstonites. I miss the small community feeling from home, but seeing so many young people move away for university and still return to Urmston, I feel the ” force is strong” here.

As you can see, I love to write. If you need a secure, fully responsive website  ( which doesn’t cost the earth!) or your current site need some TLC. Contact me![/vc_column_text][/vc_column][/vc_row]